Living Change: On Being a #Bikes4Climate Mayor – Mark Gamba

Living Change: On Being a #Bikes4Climate Mayor – Mark Gamba 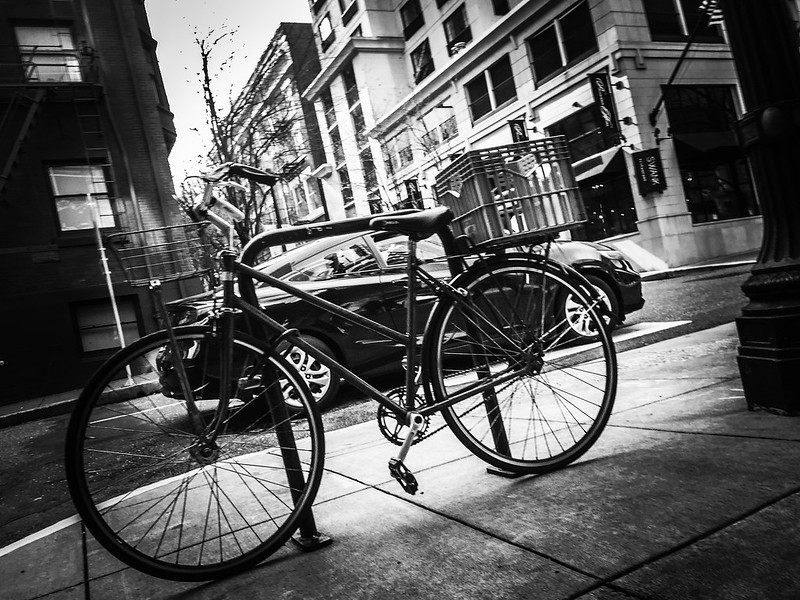 I know you would.

That’s one of the reasons Larj Media and I partnered to develop the “Living Change” podcast. We focus on sharing stories of climate leadership in personal practice, especially when it comes to transportation and food policy topics.

Our first conversation was with Mark Gamba, the current dedicated transportation cyclist Mayor of Milwaukie, OR (but he is running for the Oregon State Legislature, so stay tuned).

A few excerpts (transcription slightly edited) that highlight the climate influence aspects of leaders being seen biking and centering it in policy:

Andrea: An e-bike is incredible. And I don’t think that that story is told well enough.  On that note, you’re talking about showing up at meetings as a mayor, riding your bike. … bikes as transportation, that’s not getting enough notice by mayors, in my opinion, and seeing more mayors like you, who are actually riding them, demonstrating it. And that is the name of this podcast, living change by doing that. That is huge. So that makes me wonder, as you implemented these changes in your town, did you get resistance?

Mark: …we looked at the entire city and the whole transportation system and said, okay, where do we need bike lanes, sidewalks, bike paths, crosswalks with flashing beacon, you know, all the things to make active transportation safe. And the engineering department worked on it and the planning department worked on it. And we did huge amounts of outreach, crazy outreach. We had, you know, big maps of the city at the farmer’s market and people could put stickers, well, this intersection is really dangerous and stuff like that.

Then we did another whole big process of how are we gonna pay for this? Because the first big process said, okay, it’s about $52 million worth of projects to, to build all this stuff out. So then the second was, how are we gonna pay for 52 million worth of projects in a city that has a general fund budget of 160 million? So the, the committee, again, that worked on that did a whole bunch of outreach, talked to everybody, you know, …how do you think we should pay for this? And in the end, we landed on a fee on the water bill that’s per household businesses pay a little more. There’s a whole calculation that engineers use for that kind of stuff. And, we did so much outreach and so many meetings that literally by the time the first charge went on the first water bill, and three years after we started, we got two angry phone calls. That’s unheard of, usually people just lose their minds when their water bill goes up.

Andrea: So what I’m wondering is because you’re quite visible and I’ve done my research on you… It’s very visible that you’re this bike riding mayor. So what I’m wondering, is how have you influenced political leaders in Portland? You know, are you seeing your influence spread a little bit?

Mark: …I would always show up to those meetings and all my other meetings at Metro and all my meetings with the county coordinating committee, you know, on a bike. And because it’s Oregon, often soaking wet in rain gear. And, I’d come in and take off my rain gear, put on my sport coat and sit down at the table and begin,… and it gives me a lot of credibility when I start talking about: if we spend money on bike infrastructure, instead of adding a lane to a freeway, a it’s cheaper B, it’s gonna reduce congestion over the long term.

Please give it a listen. I’d love your feedback here, or via my Twitter or LinkedIn pages.

The Larj Media team and I are out talking with corporate sponsors and climate funders about Living Change podcast sponsorship opportunities, so please email the Larj team if you’d like to start a conversation.