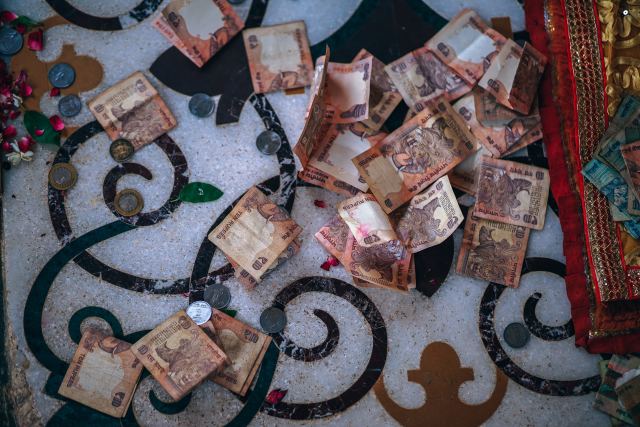 “The most effective crowdbuilders will be those who are able to move people up the participation scale and sustain and nourish a community over the longer term, dealing with the many challenges, compromises and balancing acts that requires.” – Jeremy Heimans and Henry Timms in Ideas.Ted.Com

I have not yet read the new book by Heimans and Timms, New Power: How Movements Build, Businesses Thrive, and Ideas Catch Fire in Our Hyperconnected World (Published by Doubleday, a division of Penguin Random House, LLC. Copyright © 2018), but everything about this excerpted article resonated so loudly that I wanted to quickly share a few thoughts: 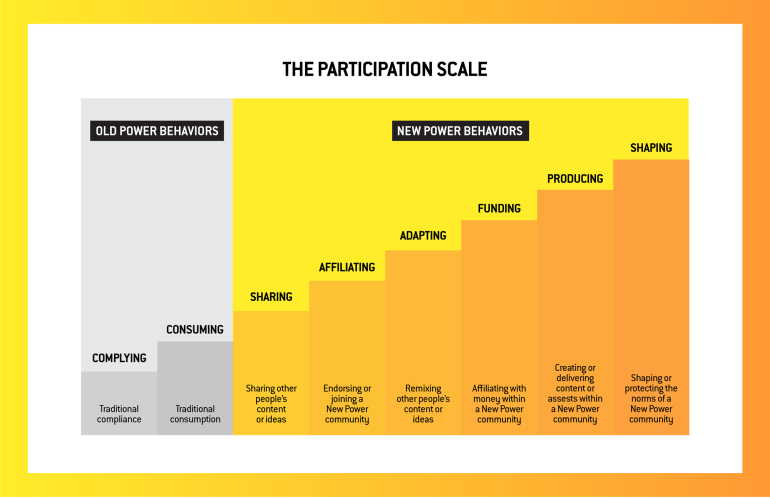 To build a lasting movement, followers need to be moved up the participation scale. Courtesy of Jeremy Heimans and Henry Timms.

It seems like Heimans and Timms are not introducing anything completely new here. They are instead, perhaps, trying to hit us over our wooden heads with something really obvious.

Traditional leaders will continue to grasp ever-more tightly to their “owning the power” frame. But, times up. Let’s all celebrate “new power” to the people!

I’m all about this. It spreads the love as much as it distributes the work, and amplifies your cause to whole new layers of audiences or stakeholders. I’d STRONGLY suggest those of us in sustainability, climate action and social impact, especially, read and apply this book to our daily missions.

As ever, contact me when you are ready to step UP to sharing and to explore all the opportunity that awaits on the other side of it.